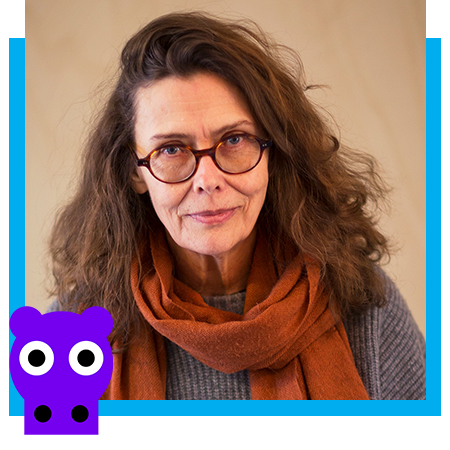 Born in 1958, Åsa Lind grew up in a small village in northern Sweden, being the youngest of four sisters. His childhood was full of songs, fairy tales and stories with characters not only heroes like Odysseus and Njal, but also real people fighting for freedom and justice. His mother told him, “You can think about what you want. Your thoughts cannot be stolen by anyone. ”

Åsa Lind writes fiction and non-fiction books for children and young people. In recent years, he has published most picture books. She is also the author of screenplays and dramas for theater, radio and television. Her books are subtle, challenging and impactful, often with themes that make readers take action. So far he has published 17 volumes, the best known being the stories about the Sand Wolf and his friend, Zackarina, which have been translated into 21 languages. 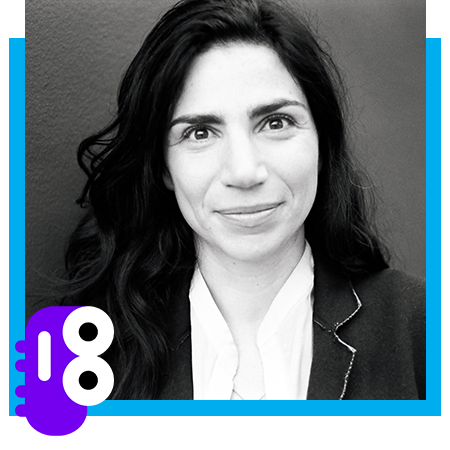 Born in 1979 in Bucharest, Dana Grigorcea is a Romanian-Swiss writer, author of four novels and five children’s books, winner of several literary awards including the prestigious “3sat” award of German language television of the same name.

Dana Grigorcea lives in Zurich, writes in German, and her books are translated into nine languages, including English, French and Italian.
The novel “The primary feeling of innocence” (translated by Nora Iuga and Radu-Mihai Alexe, Humanitas Publishing House 2016) and the children’s book “Stingeți luna!” (Translated by Florin Bican, Arthur Publishing House) were published in Romanian. 2021). 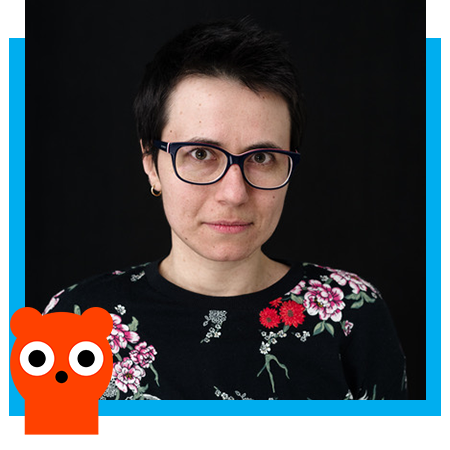 Lavinia Braniște was born in 1983, in Brăila. He studied foreign languages ​​(English and French) at the Faculty of Letters of the Babeș-Bolyai University of Cluj-Napoca and at the University of Bucharest.

Since 2008 she has worked as a book writer, language teacher and translator. He has translated over thirty books, most of them children’s literature, for the publishing houses: Arthur, Polirom, Trei, Cartea Copiilor, Cartier, Corint Junior, Booklet etc.
Her first book for children, “Rostogol goes home”, appeared after the manuscript contest of Arthur Publishing House and opened a series of six titles, of which four have appeared so far, illustrated by Andrei Măceșanu. The most recent is “Illusionist Rostogol”.