De Basm – Children’s and Young Adult’s Book Writers Association is launching an international project dedicated to the literature for children and young adults, entitled LittleLIT (14-22 October 2019), which aims to become a get-together dedicated to children’s literature.

LittleLIT will have a three-fold purpose:

LittleLIT  will put the books and their authors at the heart of events, thus becoming a place where authors and their works will be promoted, a unique opportunity for new writers to make themselves known.

The theme of the first edition will be “Through the Mirror / Reflections”. We want to challenge all those who will participate in this festival to make a mirroring and reflection effort. To discover themselves/ourselves in reality and in fantasy. The Mirror will be the space we will inhabit for a week, and the creative adventures that we will all have will build both real and imaginary bridges among all the participants. 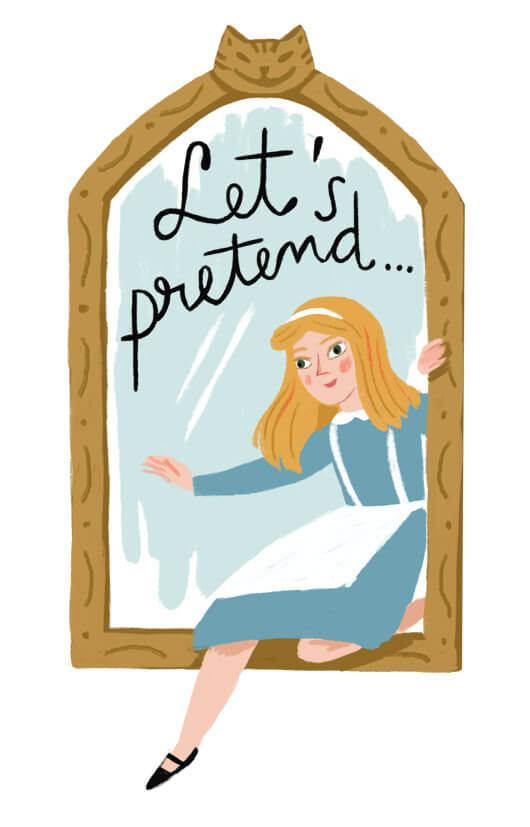 The theme of the first edition will be “Through the Mirror / Reflections”. We want to challenge all those who will participate in this festival to make a mirroring and reflection effort. To discover themselves/ourselves in reality and in fantasy. The Mirror will be the space we will inhabit for a week, and the creative adventures that we will all have will build both real and imaginary bridges among all the participants. 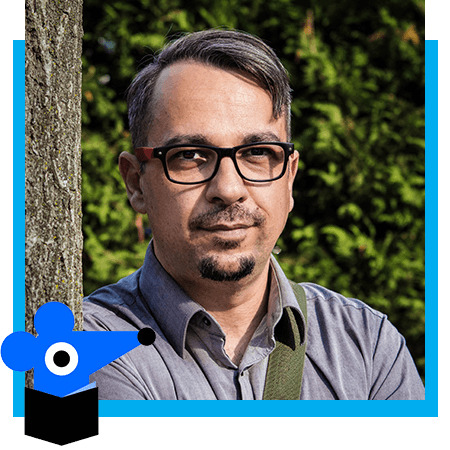 Alex Moldovan was born in 1977 in Cluj, where he still lives with his family and a variable number of cats. He studied philosophy, holds a master’s degree in theories of modern art, but also worked as an unskilled worker, weekend salesman or bookseller before becoming a translator. He debuted in 2016 with the novel “Olguța and her Million Euros Grandpa”, and his second book is called “The Little Boy who Could Bite his own Nose”. Both books were issued at Arthur Publishing House. He has published in such magazines as Fabulafia and The Storytellers’ Order and in the anthologies “Look who’s Talking”, “Most of All”, “Selfie” and “Little History of a Great Century”.

He organizes jazz concerts, plays the drums (poorly), writes on his blog The Yellow Bicycle and is a volunteer at an animal welfare association. He set out to become a writer as a child when he discovered books, but it took more than thirty years before that happened. 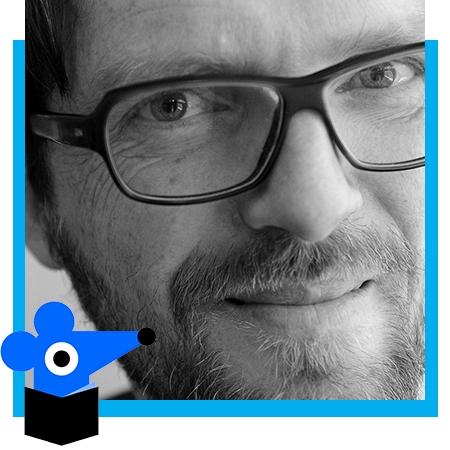 In 1967 he was born in Linz / Donau (Austria). At the University of Vienna he studied literature, after two years then he moved to the Vienna City Conservatory and became an actor. In 1990 he got his engagement in Lübeck, followed by six years in the so-called “Neue Bundesländer” (former DDR), finally he came to Berlin in 1996. During a collaboration with the composer Wolfgang Heisig, he wrote the first texts for their joint Dadaist stage programs. In 1997 he wrote his first radio play, “Madonnenterror”, since then he has written about 30 original radio plays and adaptations for almost all German-speaking radio stations. At the same time theater work was performed at the Landestheater Linz, Staatstheater Darmstadt, Staatstheater Kassel, Schauspielhaus Wien, Thalia Theater Hamburg , etc. In 2010 he returned to Vienna, where he was associated with the Schauspielhaus Wien for several years. There he led the “writing class” and the youth program “make scene” for three years.

In 2014 his first youth novel “Kein einziges Wort” (Ravensburger Buchverlag) was published, followed in 2017 by “Schwebezustand” (CBT). Since 1998 he no longer acts, but sometimes he hosts events for the Austrian Broadcasting Corporation. Numerous readings from his youth novels have taken him to schools, libraries, universities and festivals in Austria, Germany, Switzerland, Italy, Norway, Finland, Kosovo, Hungary and Slovakia. In the fall of 2019, the short story “Wir haben keinen Kontakt mehr” will be published, and he is also writing a new novel for young people. 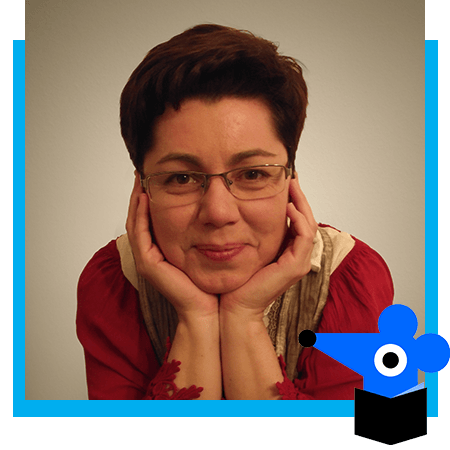 Yvonne Hergane was born and raised in Reșița, Romania. She has been living in Germany since 1982. She studied germanistică şi anglistică at Augsburg University and then Book Science at Ludwig Maximilians University in München. Starting with 1996 she works as an author and literary translator. Her books for children have received many awards. She lives with her family near the North Sea. 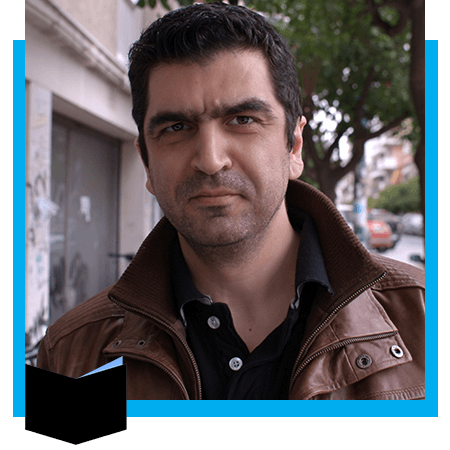 Makis Tsitas was born in Giannitsa, Greece, in 1971. He majored in journalism and worked for several radio stations and magazines. He lives in Athens and he is the director of Diastixo.gr, the biggest Greek website on books and culture.

He has published 27 books – 3 books for adults and 24 books for children (3-8 years old): “And I Take Off My Hat”, “Stray Kostas”, “A Little Celebrity”, “Oh, These Parents!”, “Why Don’t You Count Some Sheep?”, “Find Who I Am!”, “In Front of The Television”, “My Grandpa”, “The Birthday Present”, “My Big Brother” etc. His literary works have been included in anthologies, published in magazines and newspapers, and translated into more than 13 languages.
Some of his works have been staged and directed by important directors, and his lyrics have been set to music by important composers.
His novel “God Is My Witness” earned him the 2014 European Union Prize for Literature and it is available in 12 European languages. 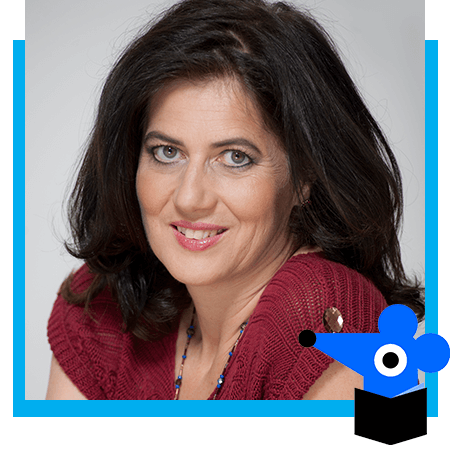 She started working as a full-time writer in 2005. She writes books for several age groups ranging from toddlers to young adults. Her first novel “Rumini” (an adventure book for school children) won the IBBY “Book of the Year Award” in 2007 and was elected “The Children’s Book of the Decade” in 2010 in Hungary. Some of her books have become “recommended reading” in Hungarian primary schools and many have been translated to foreign languages.

Presently, Judit Berg is the author of 52 books (mainly for children and adolescents), but she also write dramas and scripts. Her drama based on “Rumini” has been running in one of the biggest theatres in Budapest (Pesti Magyar Színház) with a full house since December 2011. The animation films based on her book series “Airies ­– Tales from the Lakeside” have won several international film awards. She also write short stories for adults and really hope to finish my first novel for adults next year.

In her free time, Judit Berg enjoy reading, travelling, doing sports and participating in cultural events. She is the mother of four wonderful children. 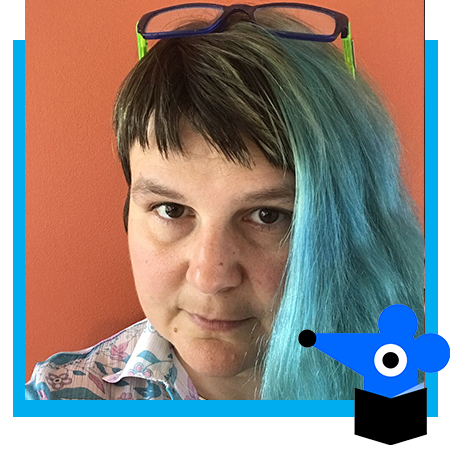 Arina Stoenescu was born in 1969 in Bucharest, left Romania as a political refugee in 1987 and has lived in Stockholm since 1989. A graduate of Konstfack, University College of Arts, Crafts, and Design, she is now working as university lecturer in typography and graphic design, book publisher and translator. She is also the founder of the micro publishing house pionier press with a special interest in bilingual children’s books, children’s culture, typography and Romanian subjects. Another project of major interest is Harap Alb House of Stories, inspired by the Swedish Junibacken, which focus on children’s literature and reading through play. 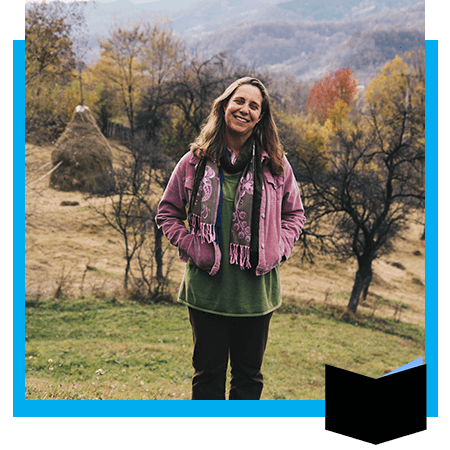 Brandi Bates is an American woman living and working in the Jiu Valley since 1999, when she and her American husband moved to Lupeni to found Fundatia Noi Orizonturi.  A graduate of Gordon College (Wenham, MA), Brandi was interested in education, sociology and psychology, so she majored in literature. Fiction (Story) has always been a  favorite teacher of her.  And sharing story has long been a favorite hobby. For the past 5 years, Brandi have been dedicated  to extending the beauty and benefits of Reading Together that her family has experienced, and that studies consistently, unanimously affirm, first to our neighbors, the families of the Jiu Valley, through a private children’s library, Biblioteca Copiilor „Din Loc in Loc”.  And secondly, across Romania.  In 2016  ‘Citim Împreună România’ was launched on World Read Aloud Day (LitWorld.org), which we called ZICI, and they ve been Reading Together with an ever-growing circle of parents, educators, and librarians since.